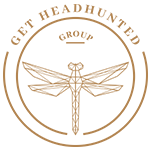 Are you thinking about developing a new market in the Benelux or beyond? Do you want to reinforce your current sales team or do you have an international key positions open that is difficult to fill? Then you've come to the right place.

To whom is this interesting?

The consultants of Get Headhunted Group are the right people if you thinking about developing a new market in the Benelux or beyond? Do you want to reinforce your current sales team or do you have an international key positions open that is difficult to fill? Then you've come to the right place.

Get Headhunted Group does not only look at a specific skillset but also whether a candidate fits within your company culture.

Our area of focus includes the following regions; the Netherlands, Belgium, Luxembourg and our neighboring region Nord Rhein Westfalen. We see this area as a large metropolis with almost 30 million inhabitants. The Netherlands as a whole is a large urbanized delta (approximately 17 million inhabitants) with strong competition in the field of attracting top talent. Dutch cities are too small to join major international cities in the hunt for top talent. So to be able to recruit more qualified personnel, our vision and focus has been extended to the so-called TristateCity area.

If we look at trade that the Netherlands conducts with our neighboring region of Nord Rhein Westfahlen then you notice that this is more than all BRICS (Brazil, Russia, India, China and South Africa) countries combined. The annual trading volume of Amsterdam-Brussels-Düsseldorf amounts to almost 150 billion euros.

Research has shown that this area (approximately 30 million inhabitants) is one of the wealthiest and has the highest educated population in the world. The annually published Global Talent Competitiveness report ranks the Netherlands and Luxembourg respectively at number 8 and 10 in the world ranking. This Triangle state region is home to 8 universities (7 of which are in the top 150). In addition to this it also has geographical advantages such as 3 airports, 3 seaports, Brussels as the capital (EU) and innovative hubs like Eindhoven and the Rhine-Ruhr Metropolitan Region..

Get Headhunted Group has its own local partners who assist us, on a freelance basis, in the search for good candidates. With 3 meeting locations in Utrecht, Antwerp and Cologne, we are able to keep a finger on the pulse on regional labor markets and our reach is extensive.

Our consultants are Multilingual and know how to arouse interest in your organization With our local partners, coordinated from the Netherlands, we know how to make a match and to inform you about the cultural differences and habituations. We notice that the Dutch recruitment agencies are often as "bold" and "to the point" than the local agencies in our neighboring countries. We target exactly those candidates that are not (yet) available on the labor market. Because fewer people are available we have to be extremely creative in searching and convincing these candidates for our clients.